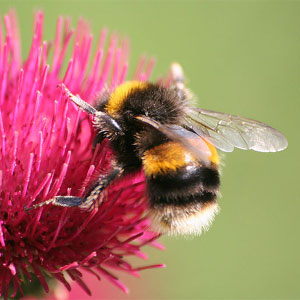 Bee venom therapy is the part of apitherapy which utilizes bee venom in the treatment of health conditions. Apitherapy is the use of beehive products, including honey, pollen, propolis, royal jelly, bee venom. It has been used since ancient times to treat arthritis, rheumatism, back pain, skin diseases and in this modern age as an alternative therapy to treat multiple sclerosis, Lyme disease and chronic fatigue syndrome. Bee venom comes from the stingers of honey bees who use it in defense of the bee colony.

Bee venom is a rich source of enzymes, peptides and biogenic amines. There are at least 18 active components in the venom which have some pharmaceutical properties. The effect mechanism of the venom is not entirely know yet. Scientists believe it can modify the way the immune system functions in the body and contribute to increased cortisol production.

Traditionally, bee venom was administered with live bees by stimulating them to sting in the affected area, trigger points or acupuncture points. Depending on the nature of the disease, the standardized venom can be used in a cream, liniment, ointment or injection form. Bee venom is most effective when it comes directly from the live bee during the late spring to early fall season when bees have a good pollen source to produce potent venom. Their venom during the winter period is less potent. Next to the effect of a live bee, injectable venom solution is considered to be a standard method to administer bee venom. Venom solution is prepared from pure bee venom (Apis Venenum Purum) and is a homeopathic preparation. It is administered intradermally just between the skin layers or subcutaneously under the skin to imitate the effect of a bee sting. Each injection is equivalent to or is less than the average dry venom sac content of a honey bee. Bee venom is also used topically in creams, liniments and ointments. The application of venom solution with electrophoresis or ultrasonophoresis is practiced in Europe and China.

Bee venom therapy is practiced by health practitioners and lay apitherapists. There are treatment protocols available to follow. In general, the therapy starts with the determination of whether the patient is allergic to the venom by administering a small amount of venom intradermally. If no allergic reaction develops within a certain time, the therapy is continued with the administration of one to two bee stings or injections. The therapy is carried out every other day (three times a week) by gradually increasing the number of bee stings or injections. The length of the therapy is determined by the nature and severity of the condition.

There is discomfort associated with the administration of bee venom including pain, itching, swelling, inflammation and redness. Symptoms like redness, swelling and itching are desired effects of the therapy showing the response of the patient to the venom. The more severe the reaction, but not anaphylaxis, the faster the recovery. Anaphylactic reactions which can be life threatening are also reported from bee venom, but they are rare.

The literature of bee venom therapy is very extensive and lists over 2,000 titles. There are basic guidelines of the therapy which need to be followed. The education on the part of the patient and the therapist is critical and the obtained result is proportional to the knowledge and experience of the administrator of the venom.

Bee venom therapy is an alternative form of healing. In the hands of a licensed practitioner, it is considered to be safe and can be used when the patient does not respond to conventional treatment methods.