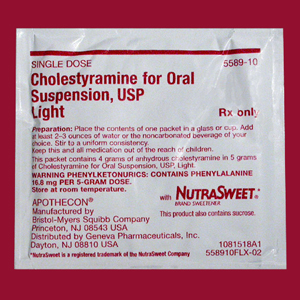 Using various tests, Dr. Ritchie C. Shoemaker has mapped out the Biotoxin-Related Illness Pathway that helps identify and correct dysfunction for those made ill by neurotoxins from mold, lyme disease, spider bites, and other bacteria and fungi. A keystone of his approach is a computer-based eye test called the Visual Contrast Sensitivity (VCS) test that can be done via his website ChronicNeurotoxins.com. He also recommends a specific blood test to determine genetic susceptibility to mold illness, post-Lyme disease, and other related conditions.

For those genetically lacking the ability to excrete these neurotoxins, the main treatment is Cholestyramine (CSM), a cholesterol-lowering toxin-binding medication that is not absorbed by the body. We recommend that you get the compounded version of CSM so you can have the artificial sweetener and other undesirable filler ingredients removed. Based on the individual’s test results, other medications are used in conjunction with CSM to assist the body in ridding itself of toxins and to correct deficiencies and overages.

If you are interested in this protocol, a must-read is Dr. Shoemaker’s groundbreaking book Mold Warriors, which covers all of the biotoxin illnesses treated by his protocol, not just mold. You can also check out Dr. Shoemaker’s websites: Biotoxin.info, ChronicNeurotoxins.com and MoldWarriors.com.

Dr. Shoemaker practices in Pokomoke, Maryland. For those unable to travel to Maryland, you can buy your local doctor a copy of Mold Warriors which details the protocol and treatment, and even has a list of the recommended tests, as well as a cheatsheet for interpreting the HLA-DR test for genetic susceptiblity.