“I’m too Sick to Be in a Romantic Relationship”

… or are you, really? You don’t have to go it alone with Lyme disease. 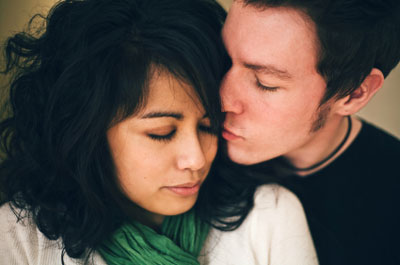 IS THIS JUST ANOTHER ONE OF YOUR EXCUSES for staying single? Or is it an idea based on your friends’ marriages, struggling because one of the partners has a chronic illness? Or is it a conclusion you’ve drawn as a result of your own negative experiences of having dated while sick? While being in a relationship can be challenging and impractical when you are multi-symptomatic, how about we hash it out right here and re-think whether there’s any chance that romantic relationships are possible with chronic illness?

Let’s start with dating. Since I’m writing from a woman’s perspective, I’m going to present a scenario in which the protagonist is female. No offense, guys, but last time I looked, I didn’t have chest hair so I can’t effectively understand your unique challenges as men suffering from chronic illness. Society expects you to be providers, and in some ways, I think your dating and relationship issues are more difficult than what we women face, but I think you’ll be able to relate to the following, anyhow.

We live in an activity-based society, and if you are a woman with a chronic disease and can’t participate due to physical or mental limitations, you might think you aren’t worth the effort for most guys. Sure, you could find yourself a dude who doesn’t need stimuli galore, but even if you managed that, would he travel to your house in the boonies and pay for your recreation (since you’re broke) every time you happen to feel well enough to go out? Anyway, what John Dopey-eyes wants to spend half his nights on the sofa, just hanging out? Especially when he could date cute Christie the cyclist, who is cool and collected and…absolutely active. Why would he trade this for a night on the sofa with you? Absolutely what benefit would he derive from dating a motionless, mopey woman?

Okay, so you’re not manic or bedridden, but chronic illness does bring on some frigid seasons fraught with fear, rage and fatigue, and during those times, you’re not even useful to yourself, never mind exciting company for a boyfriend.

What’s more, you can’t often laugh because it steals the wind from you, you can’t be witty and articulate because of brain fog, and you can’t go dancing because you have postural hypotension. You can’t eat at the coolest Italian restaurant in town because pasta makes you swell like a hippo with hives, and you can’t stay out late because you need ten hours of sleep. You often cry and beat your bed pillows because you’re bone tired, and you’re anxious and irritable because your brain is loaded with pathogens. Yeah, you reckon you’re about as much fun as a pole in the ground.

Then there’s the commitment thing. What if you ended up canceling half your dates because of unpredictable fatigue? Would your beau be able to smile and say, “Hey, no problem!” What if all of your exciting Saturday night engagements ended at 9:00 PM?

And supposing John Dopey-eyes did make it past the sofa spud dating stage, would he be keen on financially supporting a woman who couldn’t work because of her illness?

On the other hand, maybe this scenario is just a replacement for your previous excuses for not dating. The old broken record that sings, “You’re not good enough for any man because…” (and then fill in the blank). Consider that there will always be a blank if you want one to be there.

Anyway, didn’t God create human beings to give and receive love? Should illness preclude you from enjoying the benefits of dating or being loved by another? Don’t those with chronic illness need to love others, as well as be loved in return? Should you put your life on hold until you can make yourself more perfect for Mr. or Mrs. Right? Isn’t love more dependent upon the eye of the beholder than the qualities of the beloved? Not that you don’t have any positive qualities just because you are sick!

But do your handicaps make you less loveable? Why are you focusing on the minuses, anyway? Even if they were minuses, isn’t everyone physically or mentally handicapped somehow?

You concede that the benefit of finding a man in your condition is that you’ll quickly weed out the superficial ones. Those who need recreation in order to have joy in a relationship. Those who can’t handle a few tears or who want Wonder Woman instead of the mortal human. And those who don’t have enough compassion to see who you are, beyond your illness. All these guys get pushed to the wayside as soon as they learn about your infirmity. It saves a lot of wasted time and energy, doesn’t it? (However, be forewarned, there will be some who will nonetheless think that they can handle your illness and will insist that things will work out fine, but it’s only because you look and act so darned healthy!).

So what do you have to offer?

Your mind wanders to the lessons you’ve learned, and are still learning, as a result of your ten-year journey with chronic illness. These lessons seem to be greater than those that were given to you during the first forty years of your life.

To start, you’re learning to value yourself for who God has made you to be, instead of for your accomplishments. Boy, hasn’t that been a tough one for the skull! You’re learning to cherish and nurture yourself, because if you don’t, you know that you’ll be in this disease fix forever. You know what it means to take care of yourself and to set healthy boundaries with others, for the sake of your sanity as well as theirs.

You now have more compassion towards others. Knowing that a glowing complexion and bright eyes are often found in the sickest of people, you no longer frown at the handsome young man in the grocery store who pays for his goods with food stamps, or your so-called lazy cousin who can’t seem to hold down a job.

You don’t judge your neighbor who has fits of rage over the garbage cans you leave outside, because you know what it means to live with mental dysfunction.

You no longer become irritated at friends for not remembering your birthday, because you know what it’s like to have a memory like a flea and having expectations of others only depresses you and is detrimental to your health.

You don’t resent friends and family for not understanding your pain, because you don’t know what they have suffered, either. Besides, bitterness over what others cannot do or be for you is toxic to your body, and for your own sake, you’ll have none of it. So you no longer try to change others because you know you can only change yourself.

You may still fly off the handle at times, but you are aware of your dysfunction and are working tirelessly to become whole again, because now the stakes are higher.

You have come to appreciate the kindness of others who have helped you through your trials, which leaves you hoping you can do the same for another someday.

You have drawn closer to God because there’s no way you could have made it through this illness without Him. In moments of forced solitude and desperation, you have heard His voice and know that He has been teaching you how to love yourself and others more deeply so that you can be fully healed, from the inside out.

Haven’t these lessons fostered in you some fine qualities to offer another?

No, you really don’t have much to give John Dopey in terms of recreational companionship, but you do have much to offer in depth of character, and that doesn’t even include that spectacular character you had before you got sick! You’ve always been able to listen to others, to offer sage advice, and are reasonably good company, most of the time. You haven’t changed; you just have more off-days. At the same time, the lessons that Lyme disease has taught you mean that you might be more healed than before you even knew you were sick! Anyway, if John Dopey’s character is anything like yours, he’ll be willing to handle your off-days, however frequent they may be. For love is patient and kind, and seeks not its own.

Yeah, maybe relationships, if they are based on recreation and lots of externals, just aren’t worth it for sufferers of chronic illness. When it comes to developing a more meaningful connection, however, then even you, the world’s most disabled sufferer, can participate!

Connie Strasheim is an accomplished health care journalist and the author of The Lyme Disease Survival Guide: Physical, Lifestyle and Emotional Strategies for Healing. A Lyme disease sufferer, she maintains a blog on Lyme disease and other issues related to chronic illness called Lyme Bytes. Currently, she lives between Denver, Colorado and San Jose, Costa Rica.


← Prev: Trans-reservatrol Next: Message From The Stars →