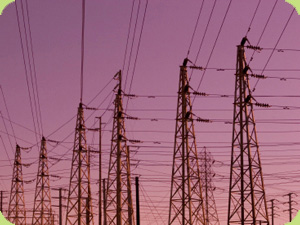 The ranks of those that have become “electrically sensitive” (ES) are growing, with reports of a wide range of symptoms upon exposure to even low levels of EMF radiation. Symptoms can range from the uncomfortable (headaches, burning sensations, tingling) and debilitating (severe “brain fog,” heart arrhythmias, migraines, severe depression, chronic insomnia) to even life threatening (seizures, heart attacks). Sometimes electrical sensitivity is seen in conjunction with other sensitivities, such as those to chemicals, foods, light, the sun, sound, vibrations, and touch. It is a common symptom for those diagnosed with Lyme Disease, Mold Illness, Chemical Sensitivity, and other neurological illnesses.

Trying to live in today’s electronically addicted culture is extremely difficult for those with electrical sensitivity. There are currently over 210,000 cell towers, providing 81% wireless penetration in America alone, making it nearly impossible to find a home that is not within range of cell frequency transmissions.

The good news is that governments are starting to recognize the risks; in September 2007, the EU’s European Environment Agency (EEA) and the country of Germany both issued warnings to their citizens advising them to avoid the use of WiFi and cell phones until further long term studies are conducted, based on fears that the current global saturation of wireless technology has the potential to become the next public health disaster (like tobacco smoke, asbestos, and lead in automobile gas all were in days past).

Referred to as “electro-smog” by some, one of the dangers of magnetic, electric, radio (microwave), ground current, and high frequency radiation for the general “healthy” population is that it is mostly invisible until great damage is done. But is anyone considering the unknown effects of electromagnetic frequencies (EMFs) on the more vulnerable: children, infants, the elderly, and the infirm; all of whom are equally blanketed by the invisible electro-storm of today’s Blackberrys, cell phones, Game Boys, and WiFis (not to mention refrigerators, air conditioners, electric heaters, and other large appliances found in almost every home)?

Luckily, there is a lot one can do to reduce EMF exposure in their life, as well as support their immune system and correct nutritional deficiencies that might be exacerbating their electrical sensitivity. Please see our recommended resources and links below.