are you genetically susceptible to mold illness? 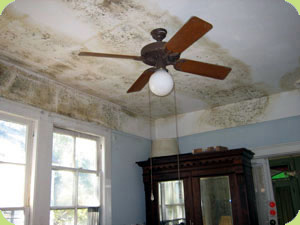 Mold related sickness is making headlines more frequently today than ever before. From the nightmare of Hurricane Katrina, which left many of the affected homes in New Orleans mold-infested and uninhabitable, to Hollywood stars like Bianca Jagger and Ed McMahon losing their homes and health, awareness that mold can make you sick is increasing.

In order to grow, mold requires food (cellulose), moisture, and darkness (protection) and it finds all three in modern home construction. It thrives on the wood and paper products we build our houses with. Hidden leaks in dark places (under the sink, in the roof structure) create breeding grounds for mold which can go undetected for years. Today’s construction practices (ie, making homes as airtight as possible) have made indoor mold infestation a problem not only in humid environments where one would expect it, but in dry climates as well.

Mold sensitivity in humans may be due to an immune-mediated allergic reaction, but there may also be a genetic component that leaves a certain percentage of our population unable to pull mold toxins from the bloodstream out of their body. So the mold neurotoxins recirculate throughout the body over and over, causing neurological and other types of damage.

The physician who was at the forefront of the field of genetically susceptible mold illness for many years was Ritchie J. Shoemaker, MD in Pocomoke, Maryland. He is now retired, but while actively practicing he devised a simple test that can be taken online called the Visual Contrast Sensitivity (VCS) test, for diagnosing damage from neurotoxins like mold. He also mapped out the biotoxin pathway, with appropriate testing for each step along the way, to help diagnose and treat those suffering with mold illness. A key player in his arsenal against mold illness is cholestyramine, a cholesterol-lowering pharmaceutical which is not absorbed in the intestines and instead pulls toxins out of the body. A must-read for those who think they are suffering from toxic mold exposure is his book Mold Warriors, which outlines this groundbreaking approach.

As a physician, Shoemaker was unique in that he was able to grasp the connection between environmental destruction at the hands of humans and emerging neurotoxin-mediated illnesses that so many of his colleagues fail to (or refuse to) see. In his article “Fibromyalgia: The Anatomy of a Phantom Illness,” he writes:

What would happen if a group of disease-producers went through genetic changes because of a pollution-altered environment . . . and then manufactured chemically altered toxins that the body couldn’t eliminate?

According to the latest scientific research, many of today’s toxin-formers have never been observed in such numbers before.

These new toxin-producers include the following:

These toxin-spawning pathogens are now causing chronic illness in an ever-growing population of sick patients. Armed with a large arsenal of disease-triggering poisons, the “toxin diseases” are all around us. Today they can be found in estuaries, oceans, rivers, closed-circulation buildings, chemically treated farmlands—and in millions of American backyards, where insecticide-sprays often trigger the growth of mutant fungi or bacteria…

…The bottom line here is simply that the ever-increasing use of chemicals in our contemporary lifestyle—along with changes in our physical landscape—has helped to create new “habitats” for toxin-linked microorganisms.”

Shoemaker’s theory continues to give new hope to millions around the world suffering from a vague but debilitating combination of symptoms. A physician who is currently active in the field of mold-mediated illness is Dr. Neil Nathan. Dr. Nathan wrote the book TOXIC: Heal Your Body from Mold Toxicity, Lyme Disease, Multiple Chemical Sensitivities, and Chronic Environmental Illness and offers consultations in conjunction with your environmental medicine physician through his website neilnathanmd.com.

Planet Thrive offers a collection of top resources to help you reduce the risk of mold growth in your home, to recognize and avoid ongoing mold exposure, and to treat mold-related illness. Please explore the links and recommended resources below for a start.