developed by: Researchers at the University of Bath 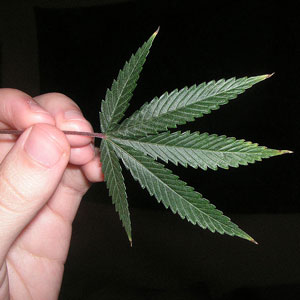 From a news article:

Researchers at the University of Bath were investigating whether cannabis—marijuana—can help relieve some IBD symptoms. They identified a potential new target for cannabis-based drugs to treat IBD, which includes Crohn’s disease and ulcerative colitis. Some IBD patients report that their symptoms are reduced after they use cannabis.

The team examined gut samples from healthy people and IBD patients and looked at two specific receptors—CB1 and CB2—that are found on the surface of cells in the gut and are known to be activated by certain molecules found in cannabis.

The investigators found that the presence of CB2 increases in IBD patients as their disease progresses. The researchers suggest that CB2 may be part of the body’s natural mechanisms attempting to restore the gut to a normal, healthy state. If this is true, CB2 would be an ideal target for the development of new cannabis-based drugs to treat IBD, according to the report in the current issue of the journal Gastroenterology.

“This gives us the first evidence that very selective cannabis-derived treatments may be useful as future therapeutic strategies in the treatment of Crohn’s and ulcerative colitis,” researcher Dr. Karen Wright, from the department of pharmacy and pharmacology, said in a prepared statement.

“This is because some extracts from cannabis, known as cannabinoids, closely resemble molecules that occur naturally in our body, and by developing treatments that target this system, we can help the body recover from some of the effects of these diseases,” Wright said.