a memoir by Kate Goldfield 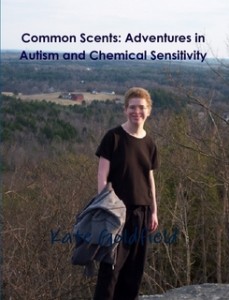 Growing up is hard for everyone. It’s even harder for those with autism or Asperger’s Syndrome (AS). Things that everyone else takes for granted – social interactions, being able to navigate a busy grocery store, making friends – are significant challenges for people with AS. It’s harder still when you have to deal with chemical sensitivity as well. Suddenly, no place is safe anymore, because people’s perfumes, lotions, and shampoos, as well as cleaning products and fragrances in stores, make you so sick that the normal activities of life become almost impossible.

So what happens when a 22 year old with both autism and chemical sensitivity leaves college and tries to make her way in the world?

“Common Scents: Adventures with Autism and Chemical Sensitivity” is the story of a young woman’s search for physical and emotional safety as she journeys through the mountains of the Cascades, small coastal towns on the Oregon coast, and out-of the-way towns in upstate New York. Along the way, she experiences things she would never have dreamed possible had she stayed in her Maine hometown, and begins to learn the power of human connection. 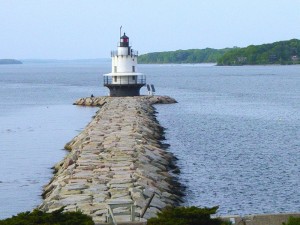 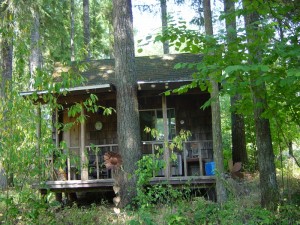 Chapter One: In The Beginning

I stand outside a bakery in Burlington, Vermont, looking wistfully through the windows. All kinds of fancy pastries and cookies await on the other side. I have heard this is the best bakery in Burlington, and I would love nothing more than to go inside. But I can’t. I can’t walk through that door. I try, but the smell of Windex about knocks me out, and even sweets aren’t worth getting sick for. Another time, in another city, I stand outside an even fancier bakery in Eugene, Oregon. I crane my neck so I can look through the window and admire the sweets.

This time, I don’t even try to go in. Not into the bakery, and not into any other public building in Eugene or any other city I go to. It wasn’t always like this. I used to love to go shopping. I’d go in and out of all the stores of the downtown district of my hometown in Portland, Maine, and spend hours at the mall. I’d hunt out every sweet shop in a five mile radius. But chemical sensitivity changed all that. Chemical sensitivity changed who I was, and what I could do; and as a result, I had to change my life quite a bit.

First, though, back to the beginning. The story starts at Goucher College, in Baltimore, Maryland, which I attended from 2002 to 2006. I was a socially awkward kid when I first arrived at Goucher. Fortunately, going to a small, intimate liberal arts school and getting to know other kids and professors well gave me a lot of confidence. I decided to major in psychology, because I had always loved it. In my psychology classes, we did portfolios of personal writing, research papers, essays on books, and many other creative works to express what we had learned. I loved this style of learning. On the weekends and evenings, I walked into the nearby town of Towson, and got smoothies at Smoothie King, chocolates at Godiva in the mall, and groceries at the local Super Fresh. In addition, I spent hours reading books at Borders. I cherished the independence of being able to go wherever I wanted, when I wanted. I had a couple friends that I spent time with, and a weekend job at the computer lab on campus. Things were as good as they could be. I had always had anxiety issues and issues fitting in socially, due to a form of autism called Asperger’s Syndrome, but overall, things were going pretty well.

It didn’t, however, last. I returned for the spring semester of my senior year after winter break, ready to be done with college. But a few weeks into the semester, I began having the oddest problems. I had always been sensitive to fragrances and strong odors, but I had been able to deal with them for the most part and ignore them when I had to. But now, I would walk into the library and something that smelled like glass cleaner would make my eyes and nose sting, and my brain would shut down; I’d feel like I was going to black out. In my classes, I started noticing and being overwhelmed by the smell of perfumes and lotions on the other students. I’d get dizzy and have uncomfortable stinging sensations that would make me have to leave. The academic buildings became unbearable because of the cleaning solutions they used; when I saw someone with a cart and a mop, I would literally run in the other direction.

Sometimes, I’d spend an hour wandering around campus, trying to find a building I could tolerate. Something was always bothering me, everywhere I went. The thick humidity of the early Baltimore spring didn’t help any; I had breathing problems outside, and an array of physical symptoms inside. Pretty soon, I started spending all my time in the basement of the college library, which seemed to be the only place that didn’t bother me.

I couldn’t get any work done. I kept thinking I would catch up, but I never did. Eventually, my family convinced me that taking a leave of absence from school would be the best idea. I clearly wasn’t going to accomplish anything in this state. My stepmom told me she had heard of other people who were sensitive to chemicals.

Thus, I had a name for my problem, and would later learn a lot from meeting other people who also had multiple chemical sensitivity. People who have this have a wide range of physical reactions ranging from mild to severe to everyday chemicals such as perfumes, cleaning chemicals, lotions, new paint, new carpet, and so on. These symptoms can be debilitating, and for some people, a single exposure to a fragrance can wipe them out for months. Others, like I do, have more immediate effects and feel better when they get away from the offending substance. At any rate, I withdrew from my classes, with six weeks left before I was supposed to graduate, in April of 2006.

What follows is the story of growing up and trying to find my way in the world. Only, I did it while dealing with severe disabilities; Asperger’s Syndrome (a form of autism that causes one to have difficulty relating to others socially, difficulty making friends and understanding social language, sensory sensitivities and a general tendency towards getting overwhelmed by simple things), multiple chemical sensitivity (which makes functioning in the world even harder and prevents me from going in most stores, office buildings, and apartments due to reactions to chemicals), and severe anxiety problems. Only one thing remained constant in my journey of the ensuing years: my desire to find a place in the world where I felt comfortable and safe. This is the story of my travels across the country, from my home in Maine to small towns in upstate New York, coastal Oregon, and the mountains of Montana – and it is the story of the people I met along the way, who I will never forget.

excerpted with permission from Common Scents: Adventures In Autism and Chemical Sensitivity – read the rest 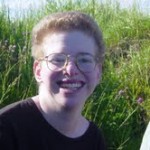 Kate Goldfield lives in Falmouth, Maine. She was diagnosed with Asperger’s Syndrome in 2004, and has become a passionate advocate for autism advocacy and education ever since. Kate has spoken at the Penn Autism Network Conference in Philadelphia and the ASPEN Annual Conference in New Jersey; her articles about autism have been published in the Baltimore Sun, Hartford Courant, Autism Encyclopedia, and the Autism Asperger’s Digest Magazine, among others. Kate’s struggles with multiple chemical sensitivities combined with her autism spectrum challenges spurred her to write this book; partly to educate others about these disabilities, and partly to record the wild ride that moving around the country for two years with these disabilities has been. Visit Kate’s blog: kategoldfield.webs.com.