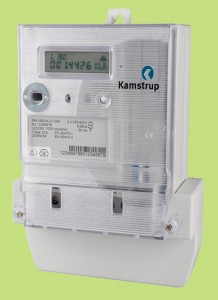 People around the country are protesting the mandatory placement of wireless “smart” meters on their homes by electric utility companies. Citing serious health effects, privacy concerns and other issues, they are requesting “opt-out” offers by their utility company that will allow them to keep their existing analog meter. The major electric companies are now developing these opt-out packages, which usually include some sort of opt-out surcharge, monthly fee, and if you leave the home, another surcharge to replace the meter with a smart meter for the new owner. But rather than let you keep your existing analog meter, they are wanting to install a smart meter and then just turn off the wireless aspect of the meter. Other alternatives are being proposed by activists, such as sending the signals through one’s power lines. For electrically sensitive people, this is not a good solution. As my own electric company told me, it would be the equivalent of a “cell phone or cordless phone.” Any electrically sensitive person can tell you that cell phones and cordless phones can be very dangerous for them and can cause numerous serious neurological, cardiac, and other symptoms. One of my electrically sensitive friends, who wishes to remain anonymous, wrote the below explanation to help others understand some of the issues:

Smart meter radiation — are wired transmissions as bad as wireless?

The new “smart” electrical meters may transmit data to the utility company as frequently as every few seconds. This is done either by wireless or as signals travelling along the electrical wires, called powerline communication.

It is easy to think that using the technology that sends signals along the electrical wires is much safer than wireless, but the reality is not so simple.

The powerline transmissions have shown themselves to have health consequences as well. All the wires that carry these signals act as antennas that radiate these frequencies. In practice, that means that all wires in all the walls in a house will be antennas. So will the electrical lines along the road.

This principle has been used to bring AM radio to remote parts of Europe and the Soviet Union several decades ago.

Telephone lines used to transport DSL signals are shielded; powerlines are not.

The radiation is much weaker than from a wireless meter, but a wireless meter radiates from only one place, not from all the walls. It is like having many small transmitters in the house instead of one larger one.

With a wireless meter, it may be possible to get by with sleeping on the opposite side of the house. Or move the meter away from the house to a pedestal out in the yard. Or perhaps put up a radiation shield behind the meter. Or simply use a mechanical meter.

With powerline communications it is much more difficult to do something about it. Even if the utility puts back the mechanical meter, the signals can still enter the household wires from the other meters in the neighborhood. The signals travel in all directions, not just the direct route back to the utility. Shielding and filtering is costly, difficult and sometimes impossible, depending on the actual technology.

The level of sensitivity varies from person to person. Some people also do better with certain frequency bands than others.

Which of the two technologies will work best depends on the situation and the person.

If the utilities are asked to provide a wired alternative to their wireless meters, they will think in terms of powerline communication as that is the wireborne technology they have available.

A better solution is to use dialup modems over the telephone landline. Another option is dedicated communications lines, such as DSL and fiber optic. This could be installed jointly with the local company which brings wires internet to households in the area, so the same lines are used for both. However, this will be more costly than the technologies the utilities now intend to use, and new meters may first have to be developed. Many rural areas do not have DSL or fiber internet service, which makes it very expensive to install this type of meter there.

For information about the many different types of smart meters, how they communicate and what can be done about them, see: Smart Meter Overview

To sign a petition demanding that consumers be allowed to keep their analog meters without any financial penalties, click here.

← Prev: Gluten-free chocolate almond butter popsicles Next: Multi-Sensory Therapy for autism and how it can be applied to environmental illness →