EMF-free shelter to be created in France 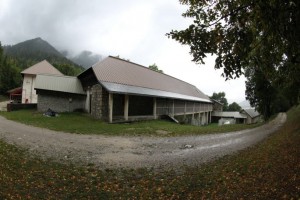 The shelter would be created on the site of the monastery of Durbon – part of a larger property owned by the Caf de Marseille – in Saint-Julien-en-Beauchêne. The monastery includes a central building and two cottages that require renovation. The site is several miles from the village of Saint-Julien-en-Beauchene, and separated from it by a hill, allowing the town to host this project without restricting its people from using WiFi or mobile phones.

The project is currently in a preliminary research phase, but could materialize in two to three years, as the site requires some major improvements, including burying a power line and transformer, and installing a gas heater.

“This project will see the light of day if the state supports us, or does it all,” said Tribaudeau Philippe, President of the Land Association for EHS (Electromagnetic HyperSensitivity). Although politics will make the process of building take several years, Philippe says that every day they have calls from hypersensitive people in desperate need of an electromagnetic radiation-free place to live.

A test of electromagnetic hypersensitivity in affected people has been scheduled for the end of the year to validate the project. In 2011, Anne Cautain and Bernadette Touloumond took refuge in a cave in the same area in order to escape from EMF radiation.

For more information on this project, see: