Vodka on My Wheaties

from a jet-setting lifestyle to EI homelessness
by Ann Lloyd

“What we call the beginning is often the end, and to make an end, is to make a beginning. The end is where we start from.” – T.S. Eliot, “Little Gidding”

Vodka On My Wheaties was written during my confinement, at sixty-two, in my Rectangular Bubble, an all porcelain-lined trailer, due to a strange immune system disorder (Environmental Illness/Multiple Chemical Sensitivities) which rendered me unable to function in the “real world.” Directed by a doctor to a remote colony, now known as Ecology Housing, Seagoville, Texas, of twenty-four people all trying to survive and heal away from the every day toxins of modern society, I remained there for ten years.

My memoir is a humorous potpourri of real life happenings for a wide range of people to enjoy. I, an eccentric Auntie Mame type, was the only child of neurotic parents. I continued on through my life of not following the herd. Encounters with celebrities, collecting the art of Salvador Dali, and amazing serendipitous adventures, as well as narrowly escaping being murdered at twenty-one years old by my first husband – a prominent drug store magnate, twice my age – have filled my life with strange and exciting stories ready to be told.

After being widowed, and still a well-known Cleveland socialite, I continued my journey with world travel escapades. In the early 1950’s my second husband and I, disillusioned with the decadent social scene, ventured out and discovered the tiny, rarely traveled “Lost Island of the Caribbean.” Within six months we had completely packed up, with our three young children, leaving the old life and friends behind in Ohio, to pioneer a completely new world in the Bahamas. The scuba diving resort that we built and managed for fifteen years became quite well known. The three-hundred-year-old quaint all white settlement of eight hundred people in Spanish Wells charmed our guests. It was as if the clock had been turned back one hundred years.

Widowed a second time after my husband’s fatal plane crash my children and I moved to Florida. Here the saga continued with the third husband, the purchase of a new tavern business, and bouts with substance abuse. After six years of sobriety, thanks to a Twelve Step program, I had a complete personality change which enabled me to face my bizarre illness (Environmental Illness/Multiple Chemical Sensitivities) with a positive approach towards healing. This was not the end of my life but a new beginning from which I gained much knowledge about myself, and finally the spiritual growth to continue with a happy and peaceful life. Through those years of recovering with my intuition more finely tuned, I have recorded even more intense observations and amazing insights during encounters with severely ill humans and unusual wild animals. 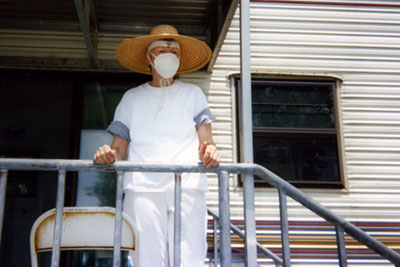 Ann outside her trailer at Seagoville © Ann Lloyd

The events in my life were something you would see on the big screen. But even success and wealth could not prevent the onset of this terrible illness. While reading my story, EI people will surely pick up on all the signs early in the book that indicate possible causes of my future health challenges.

A must read book for EIs, friends and families. My book was meant to entertain and to educate the general public, as it has many messages.

A bound manuscript of “Vodka On My Wheaties” is located in the archives of the Salvador Dali Museum in St. Petersburg, Florida. 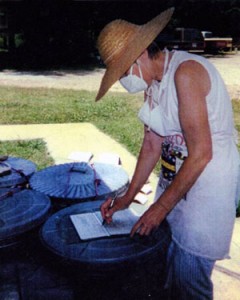 I believed I was slowly dying and could not have carried on had not my friend, Eunice, the realtor, called me once and often twice a day to give me her loving encouragement. I had become a “universal reactor”, now a prisoner within my own villa and unable to even enter the supermarket. Poor Maria, doing all of my shopping and leaving it on the doorstep as her own person made me deathly ill, was at present fearing for my sanity. Dad’s new contour chair filled with foam rubber was put outside and he now looked at TV in the old leather winged one he had used before this new purchase. His soap, shaving lotion and other toiletries were scrapped as I reacted to them, and once the sad old man said, “Perhaps you are trying to get rid of me and I should move.” He was too old to understand this twentieth century illness, remarking to himself that had he been younger with a clear mind, he would have researched it, thus offering his only alternative which was to pay for me to attend the Mayo Clinic. “How could I go anywhere?” I wailed in despair, now down to only two ragged outfits in my wardrobe that I could wear, with not one coat or jacket usable, and unable to ride in cars, let alone a plane. Many nights, sleeping on the bare tile kitchen floor, as no bed or bedding was any longer tolerable due to the intensive ringing in my ears and the painful burning of my entire body, I would open my eyes in the middle of the night, pleading with my higher power, “Please God,” I prayed, “let this only be a nightmare and let me wake up well in the morning.”

From the outline of Vodka on my Wheaties:

After becoming very successful in real estate, sober for six-and-one-half years, I found my body going through strange physical reactions. The interior of my new car caused terrible pressure in my head, I became dizzy with eye focusing problems when entering the supermarket, plus fleeting moments of disorientation, dropping dishes, and a burning sensation from clothing and bedding.

Making the rounds of conventional doctors, who were unable to treat me, I located an alternative M.D. in St. Petersburg, Florida.

Arriving at Dr. Philpott’s clinic in St. Petersburg, after reciting my list of symptoms, immediately the doctor reached his diagnosis: “You have ‘environmental illness’ and are probably loaded with pesticides.” And, of course, the doctor was right. After the chemical panels were completed, the results indicated common chemicals plus lead and mercury poisoning as well.

It was decided that the silicone breast implants of seventeen years would have to be surgically removed.

Because of my sensitivities, I could not find a chemically free environment in which to sleep indoors. Confronted at the beach by a policeman after midnight and showing him my hotel key, I said, “But officer, I have environmental illness.” “I don’t care what you got, lady, you can’t sleep on the beach.” The doctor’s wife agreed. “You cannot survive sleeping out on the beach as sooner or later great harm may come to you.” She presented me with the keys to the clinic so I would have a safe place to sleep indoors.

And so it was, like Goldilocks with free rein, I tried out many sleeping spots before finally having to settle for a row of bare, uncomfortable, metal chairs. 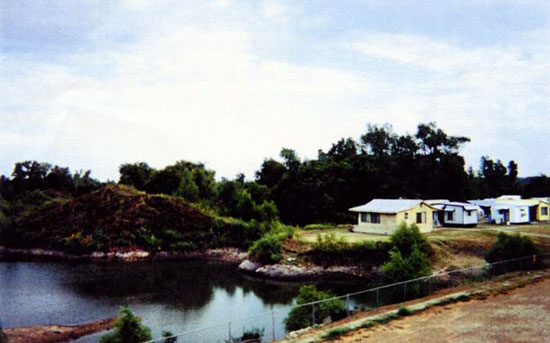 After many treatments by Dr. Philpott, I still could not tolerate the environment around me. It was agreed all that was left for me was to enter “the colony,” in Texas, for the environmentally ill. There I could be treated by Dr. Rea and live in an all aluminum foiled unit. Good bye, “real world.”

Life was rugged and really separated the men from the boys, but I found myself preoccupied with a herd of goats, and abandoned dogs. Feeding them, though I could not touch the animals, I developed a close rapport with these loving creatures. Wonderful stories have been recorded of my observations.

In 1989, after living at the colony for almost three years in my shabbily foiled trailer with the doors almost falling off, I became aware of a chemically sensitive doctor who had begun to build porcelain-lined trailers. I purchased from him a thirty-four foot custom-built model, with a few fancy extras, since at fifty-nine, perhaps this would be the last home I would ever have. My residence was named by me “The Rectangular Bubble.”

When you reach the point in life that your greatest treat is a frozen sweet potato which substitutes for ice cream, it is pretty sad, but let’s not lose our sense of humor. Never does a day go by without beautiful studies here in human nature.

In May of 1992 I began writing my memoir from “The Rectangular Bubble,” which was quite a challenge due to my chemical reactions. Finding after a few chapters that I was still reactive to paper and print, I solved this by writing outdoors between two panels of glass with a pencil, only exposing the line on which I was recording my book. It took two years to complete my manuscript.

The continuous work on my book took its toll on my body after completing one hundred ninety-nine pages. My lungs were burning, my eyes were stinging and I could not think straight. Wow, the book had led me to the dreaded sauna treatments where I bonded with an autistic boy of thirteen. We developed an interesting manner in which to communicate with one another. A unique way to make contact with an autistic child is revealed.

I was part of your train but my railroad car was disconnected and switched at the track, and now my friends and I are on a separate journey learning how not to rock the lifeboat, sending out a patient SOS to you for help. I reach out with love, possibly one of a dying breed, the old survival-of-the-fittest theory, or perhaps I am throwing you a lifeline from my “Rectangular Bubble.” 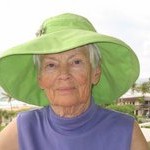 Ann Lloyd led a colorful life of opulent wealth until she developed environmental illness at the age of 53. Forced to leave the “civilized” world, she lived for ten years in a “Rectangular Bubble” constructed from porcelain in an isolated colony for the environmentally ill near Dallas, Texas, under the care of Dr. William Rea. During the last five years of isolation, at 62, Ann felt the need to write her memoir, which took two years to complete. This was quite a challenge since she was allergic to the chemicals in paper and all writing implements. Ann worked outside, wearing a mask and standing up, to distance herself from the offensive products. She used a pencil with special lead and wrote between two panes of glass to cover as much of the paper as possible. After “Vodka On My Wheaties” was completed, she wrote a book on environmental illness, which she plans on publishing in the near future. You can find out more about Ann at her website, become her Facebook friend, and purchase her book on Amazon.com. Available in both hard copy and Kindle (e-book) formats.