How smart meters are affecting people with electromagnetic hypersensitivities

… All transmitters inside your home or office will communicate with a Smart Meter attached to the outside of each building. That meter, in turn, will transmit at an even higher frequency to a central hub installed in local neighborhoods. In what are called “mesh networks,” signals can also be bounced from house-meter to house-meter before reaching the final hub. So exposures will not just be from your own meter, but accumulating from possibly 100-to-500 of your neighbors’ as well… That’s a hefty barrage of radiation.” – from “The Problems With Smart Grids” by B. Blake Levitt and Chellis Glendinning

Below is one electrically sensitive man’s account of how smart meters installed in his apartment building are affecting his health, excerpted from a private email to an expert in the field and republished with his permission.

First, this all has been very frightening and has taken a physical ex-athlete in good condition with no medical history and a guy who has a fairly high threshold pain level – and has turned me into a person who struggles daily to survive over the last two years.

I have experienced a seizure on the hospital emergency room lobby floor – and their EKG’s were unable to read my scrambled signal until their third try when my pain level had already subsided. There is daily pain, and I am forced to move from room to room at night to try and get some sleep, often on the floor and with none. The springs in my bed/furniture and the electrical outlets in my house seem to focus their [electromagnetic radiation and radio frequencies] EMR/RF onto my body with surgical laser-like precision. I often turn off the power to my house altogether, stopping air conditioning in the summer and heat in the winter – of which my metal HVAC ductwork seems to conduct wireless signals and just increases the pain anyway. Anything with metal on or nearby me seems to conduct RF/EMR. Anything with an electrical source seems to do the same. Pain eliminators and medications of any sort help little.

Blinds mostly stay closed and I never open windows because the wireless towers and antenna RF/EMR may stream instantly what feels to be higher levels into the house. Our house is always dark at night, incandescent lamps, anything with a ballast and even LED’s shoot pain levels up.

I usually find relief by going shoeless into the grass (if wet, it helps more) or by standing in a nearby lake or even barefoot in the snow. The effect of doing such is immediate, and I can feel what could best be described as a current run through my body and out through my legs and feet, (like a water hose). I can almost always hear it, even though I have been tested for tinnitus, (and I do not have it). 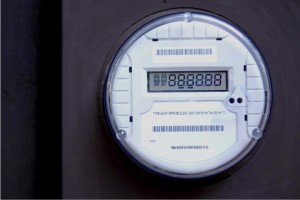 I have seen over a dozen doctors, a toxicologist, a physicist, molecular/nuclear biologists, engineers, practitioners, you name it, I’ve seen them, I’ve done it, been tested for it, or taken many forms of recommended or prescribed solutions in one form or another. Most people don’t want to talk about it or acknowledge [electrical hypersensitivity] EHS/EMR/RF issues – especially the medical community.

Those of us who experience this, at this level, all know my discussion as theirs.

My wife has stood by my side feeling helpless as my face seizes up, and/or my pain levels rise. Sometimes my speech slurs, my vision blurs, I am unable to think, my breathing becomes very labored and I gasp for air, or joint/muscle pain levels rise as it feels I’m being electrocuted. In those desperate times I seek an immediate way to ground my pain. Several times, I was not sure if my last moment was upon me as I told my wife I love her. Again, all truth.

I am forced to use my VOIP with Stetzer filters for calls, since my phone line now carries digital transmissions which feels like lasers shooting into my ear/head – and we now mostly keep those phones unplugged. My PC and Stetzer filters allow for short internet engagements.

Cars for me become intense cages of pain where the sight of a cell tower or cell phone user in the car next to me means an instant turn to somewhere else by me. Mostly I am resolved to take short or necessary trips – always with the windows open when traveling as it lessons the effects.

I think I’m the only one who does not have a smart phone, iPhone or iPad. I now work from home, when I can work. My social life is minimal and I don’t tell people of my EHS, because when I do, they disengage from my life. Therefore, in this mobile, digital, texting world with RF and EMR carried over every existing technology of man, I move throughout society with flip-flops quickly shucking them anywhere when pain thresholds to high levels.

Multiple iPhone or 3G/4G phones with repeaters and their users around me in a crowd means even higher levels of pain to me. Every time my neighbors or their children text or talk on their mobile devices or use their wireless networks, I writhe in pain and become a central point of such RF/EMR. I can locate the direction of the transmission (physically) and I have learned to deal with it the best I can and I pray a lot.

I have traveled throughout the US, both rural and urban/suburban areas and to seven states with the same result. I have access to a global wireless network and transmission map and have traveled to spots in the world – even to a fairly remote third-world-like location. In seeking a place that is void of such EHS environments, I have found none. I know France has created a community with mixed results. I know Sweden has some spots/beaches, etc. Perhaps EHS sufferers at our level need to find/create an EMR/RF free island as a last effort – so far I have found none as well…

For those who know this as their daily ritual as well, I tip my hat and say a prayer for you. For those who help, your response and support is pretty much all that we EHS folks have, and I thank you.

I prefer to stay to myself on all of this and I don’t discuss it with others. Anything that eliminates RF/EMR, I am open for suggestions. So far the best results have been to eliminate the existence of or completely block the source of transmission – all without creating a cage “bounce” for those who are even sensitive to such effects (which most blocking devices/materials seem to do and exacerbate pain levels in my instance)…