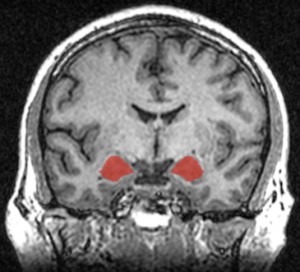 A recent Harvard-affiliated team of neuro-researchers have been able to document with MRI scans how meditation causes massive changes to gray matter in different areas of the brain. Most notably, after an eight-week program practicing an average of 27 minutes of mindfulness exercises each day, study participants showed an increase in gray matter in the hippocampus – responsible for memory and learning – as well as structures related to self-awareness, compassion, and introspection. Participants also reported reductions in stress correlated with decreased gray-matter density in the amygdala, the “flight or fight” center of the brain.

Amishi Jha, a University of Miami neuroscientist who researches meditation’s effects on individuals in high-stress situations, says, “These results shed light on the mechanisms of action of mindfulness-based training. They demonstrate that the first-person experience of stress can not only be reduced with an eight-week mindfulness training program but that this experiential change corresponds with structural changes in the amygdala, a finding that opens doors to many possibilities for further research on MBSR’s potential to protect against stress-related disorders, such as post-traumatic stress disorder.”

These findings shed light on why Ashok Gupta and Annie Hopper include meditation as part of their brain retraining programs for limbic system impairment disorders such as chemical sensitivity, chronic fatigue syndrome and fibromyalgia. While meditation is not the core exercise for the programs, the reduction of gray-matter density in the amygdala can help to reduce the stress and anxiety often seen in these illnesses and normalize the amygdala function.